Should I be quiet when fishing? Will my voice frighten the fish away?

Should I be quiet when fishing? Will my voice frighten the fish away? 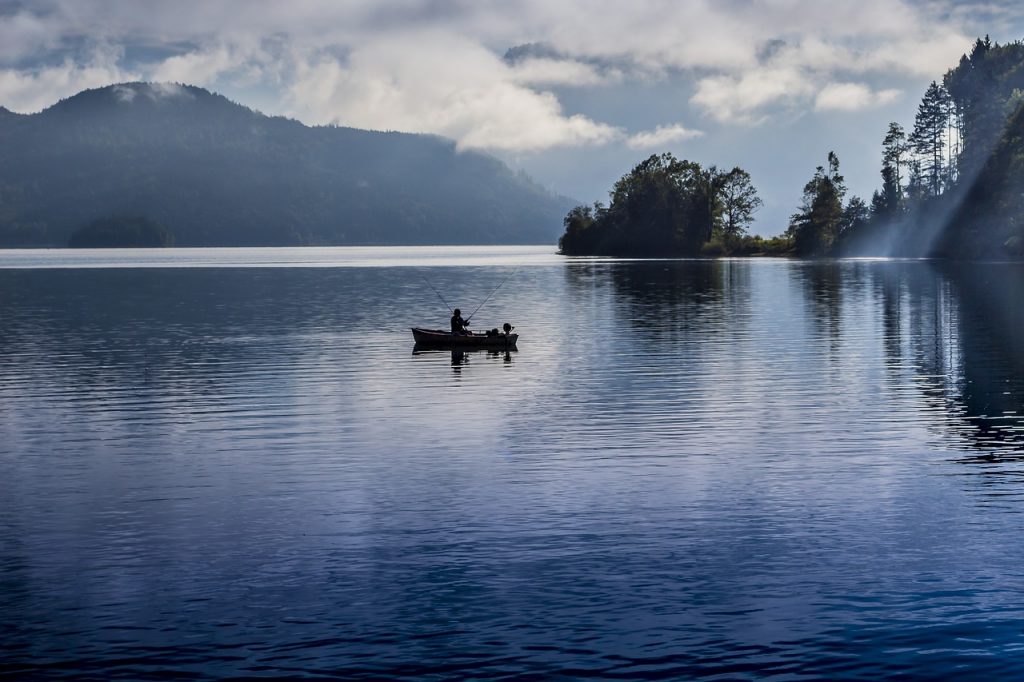 You’re used to fishing by yourself, but a friend has been begging you to go fishing with them for months. They start talking at full volume as soon as you two get on the boat. You’re worried that your friend’s voice will scare the fish away. Could this be a real fact or a myth?

Because your voice cannot scare the fish away, there is no need to be extremely quiet when fishing. Conversations taking place above the water’s surface cannot be heard by fish, especially those lying at lower depths.

In this article, I’ll go over which sounds will frighten fish and which won’t, so you can fish with confidence.

Would it be okay to talk while fishing, or will it scare the fish away?

Some anglers prefer to not talk because it interferes with their concentration. Others refrain from conversing for fear that their voices will be carried into the water and reach the fish. They then assume the fish will flee, resulting in a disappointing day of fishing.

However, this is not the case. To understand what happens, we must first discuss how sound travels, particularly in water. When you open your mouth and speak, vibrations in the form of sound are released by your voice. Because sound moves in waves, they are appropriately referred to as sound waves.

The sound waves cause any nearby objects to vibrate. After, the objects then vibrate, causing other objects in the area to do the same. The sound can travel because of these vibrations. Sound can travel at breakneck speed, which is why the idiom (speed of sound) is so popular. Sound travels at 332 meters per second, which is slower than light but still extremely fast. In addition, sound can travel even faster through water than it does through air.

The distance traveled by sound waves once they reach the water is determined by water pressure and temperature. The greater the depth of the water, the greater the pressure, though the temperature of the water may not change significantly. In deep water, sound waves travel more slowly and bend more deeply. If the sound reaches the thermocline layer, a transitory layer in the ocean that separates warm and cold water, it can’t get any slower. The reason for this is that sound weakens as it travels further and further.

So, what does all of this mean? Deepwater makes it difficult to travel quickly, and by the time it reaches that point, the sound wave is weak. As a result, your voice should not bother the fish. If they hear you, the sound is highly improbable to frighten them.

Is it okay to have a Loud conversation while fishing?

Okay, but as we mentioned in the introduction, your friend may always speak loudly. It’s one thing if you’re in a congested bar or restaurant, but when you’re out on the lake or river, where it’s mostly quiet, there’s no need for such a loud conversation. Nonetheless, they do it.

Is your friend’s volume likely to scare away the fish? No, not at all!

When you consider that volume does not cause sound waves to travel faster, you can see why the tone of your conversation has no effect on the fish in the water. This means that your friend can talk loudly, and you can also laugh, scream, and shout, and the fish should usually remain unaffected. That is not to say that local wildlife in the area, such as squirrels, birds, and deer, would not be alarmed by your loud noises!

Can I listen to music on my boat, or will it scare the fish away?

You enjoy hearing the chirping of birds and the songs of insects, but every now and then you’d like to hear some actual songs. Nowadays, you don’t even need to bring a portable radio with you on your fishing trips anymore. You can listen to music on your phone.

Is it possible for music to penetrate the water’s surface and scatter the fish if you’re having a good time on your boat? No more than a conversation, even if it was a loud one. Even if you crank up the volume on your smartphone, the sound should not be frightening to fish.

Let’s assume you’re of the older generation and you did, in fact, bring a portable radio with you on your fishing trip. Turning up the volume won’t scare the fish either, because as you know from the previous section, sound waves don’t get faster just because they’re louder.

Will the engine on my boat frighten the fish?

To be clear, the sounds that will frighten fish are those that cause vibrations close to the water’s surface. These are typically booming sounds, such as your subwoofer, but what about your boat’s trolling motor?

Most motors will frighten fish, but not all of them. The propeller sounds are the most frightening to fish, so even if your engine is a loud 2-stroke outboard, reducing throttle may not cause the fish to scatter.

It’s also advised that once you’ve decided on a piece of equipment, you stick with it. Changing gears, especially on louder engines, only adds to the noise.

There’s no need to be as quiet as a mouse the next time you go fishing with your friends. Noise can’t easily travel to the water unless it’s a very loud engine or a booming subwoofer. A conversation, no matter how loud, will not scare the fish away!

Check out my other blog posts!

I’m Tudor Ardeleanu and I’m the founder of Powerful Outdoors. I initially started this website to make useful content based on the outdoors for everyone. I love to spend my time doing outdoor activities. Born in Romania but lived in Bahrain most of my life.

Powerful Outdoors is a participant in the Amazon Services LLC Associates Program, an affiliate advertising program designed to provide a means for sites to earn advertising fees by advertising and linking to Amazon.com. We also participate in other affiliate programs which compensate us for referring traffic.